Bioactive Solutions would like to take this opportunity to congratulate the Australian Federal Government body AusIndustry on its promotion of research and development in the Agri-food & Biotechnology industries. It assists business in creating positive awareness around our industries through the R&D Tax Incentive program.

From a Bioactive point of view, this awareness and promotion assists in providing existing and potential investors with comfort and information that can positively assist their investment decisions. In addition it provides awareness to customers and business partners that the Bioactive business is forward thinking in its product pipeline planning and development. 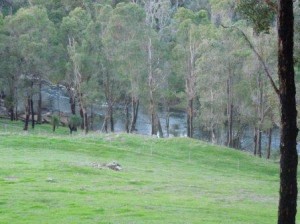 This initiative is part of the Bioactive Environmental Stewardship (BESt) program. The BESt program is a community focussed environmental program that supports local environmental efforts.

Bioactive Managing Director, Rick Ferdinands: “One of our prime motivators is to continue to work with community in enabling environmental stewardship. Community group the South West Catchments Council has worked tirelessly over many months with land owners to secure funding from the Australian Government’s Caring for our Country funding initiative.

With a local land owner, Bioactive will be providing a proportion of matching funding for this project. The prime objective of this initiative is to again create a vital corridor to link native animal movement in the region whilst re-populating native flora to benefit the general health of the Blackwood River.

The practical outcome of this initiative, however, is the creation of new fresh water watering points for cattle as they now have restricted access to river water. As a degraded river system with reducing annual rainfall the river water has been gradually increasing in salinity. We see this as a win/win for the environment and pastoralist. It is also an effective template that we hope can be adopted along other degraded river systems.”

Bioactive announce the signing of its inaugural materials supply agreement with a major world supplier. Subject to conditions, this independent arrangement together with Bioactive Plant Farms material will give Bioactive approximately 95% of the worlds purest active ingredients supply.

Rick Ferdinands, Group Managing Director: “This agreement is fundamental to the fast pace commercial aspirations of Bioactive. It provides a clear vote of confidence in our ability to continue to make significant discoveries in health care and take them to the market place. Our drive to commercialise early discoveries will certainly accelerate.” 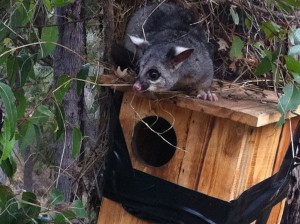 As part of the Bioactive Environmental Stewardship (BESt) program, Bioactive in cooperation with NAR attached artificial nesting boxes to native trees at a height that would keep the possums safe and ensure a comfortable transition from the rehabilitation hospital environment at NAR back to their native habitat.

Bioactive is grateful for the excellent community driven work conducted by NAR and their volunteers.

Bioactive is pleased to announce it has been granted its first registration for the new R&D grant scheme known as the R&D Tax Incentive by the Australian Federal Government Department of Industry, Innovation, Science, Research and Tertiary Education in July 2012 and privileged to have received the funding in September 2012.

Group Managing Director, Rick Ferdinands: “This funding is a significant step in the continuation of the Bioactive research efforts. Whilst I am appreciative of the dedication shown by our small group of core investors, it has to be acknowledged that private funding for any type of research in Australia is near impossible given the state of the global economy. The Australian Government is wise in supporting early research as significant discoveries, like any good investment, will inevitably lead to new sources of taxation revenue for the Australian people.”

Bioactive is the proud recipient of sponsorship funding from the Western Australian State Government through the Department of Commerce, Innovations Voucher Program.

Managing Director of the Bioactive Group, Rick Ferdinands says: “The State Government should be congratulated in supporting important Biotech discoveries in Western Australia. We are also proud to announce that this sponsorship is official recognition that Bioactive Solutions research outcomes are in line with public interests.”

As Bioactive Solutions continues its research and development program, the commercial arm of the group, Bioactive Laboratories is formed to take over preparation for production and commercial distribution.

Bioactive granted its second registration for the R&D Tax Concession

Bioactive is pleased to announce it has been granted its second registration for the R&D Tax Concession by the Australian Federal Government Department of Innovation, Industry, Science and Research in July 2011 and privileged to have received the concession funding in October 2011.