Rick worked for several years in the pharmaceutical industry in London, England, having experience within both pharmaceutical research and production environments, specialising in ‘Translational Medicine’ as a software engineer.

In addition to biotech, he has been involved in many industries from taxation and telecommunications, to agro-forestry & livestock, specialising in innovative projects and transformational business design.

Since 2000, Rick has been developing and commercialising innovation. His passion is to save time, money & improve the quality of people’s lives.

Caroline is a Clinical Naturopath and Ayurveda Practitioner with over 30 years’ experience. She is a natural therapies author, clinical case study supervisor, and practices in the Northern Beaches of Sydney Australia

Jeff is a Pharmacist and Chairman of the JJLeach Group. Jeff was instrumental in establishing over 30 pharmacies in Western Australia including Pharmacy-based Chinese Personal Shopping outlets in Perth (Daigou) and Pharmacy outlets in China.

Jeff is an active member of Rotary and undertakes several charitable activities every year such as the CEO Sleepout raising money for homeless charities.

Tony is currently Professor at the Griffith Institute for Drug Discovery. He specialises in Biodiscovery involving screening against molecular targets, isolation and structure elucidation of bioactive natural products.

His network of affiliate researchers and research institutions spans across the globe as does his reputation within the field of new compound discoveries.

He has held senior management positions at Austrade, Bio-Link, ATP Innovations, Cellabs and the University of Technology, Sydney (UTS) and currently serves on the Boards of the Victoria Cancer Biobank and the Global Health Alliance Melbourne.

As a private company in the early stages of commercialisation, the wider Bioactive Team is made up of consultants and contract organisations. Bioactive adopts a lean approach to investor funds by not appointing permanent paid board members. Bioactive has an array of mentor and advisory who span several disciplines.

Potential investors can find out more by contacting Rick Ferdinands through the Contact Us link. 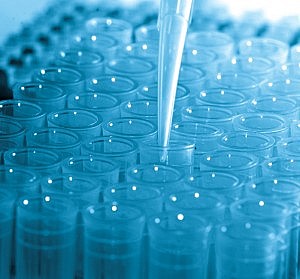